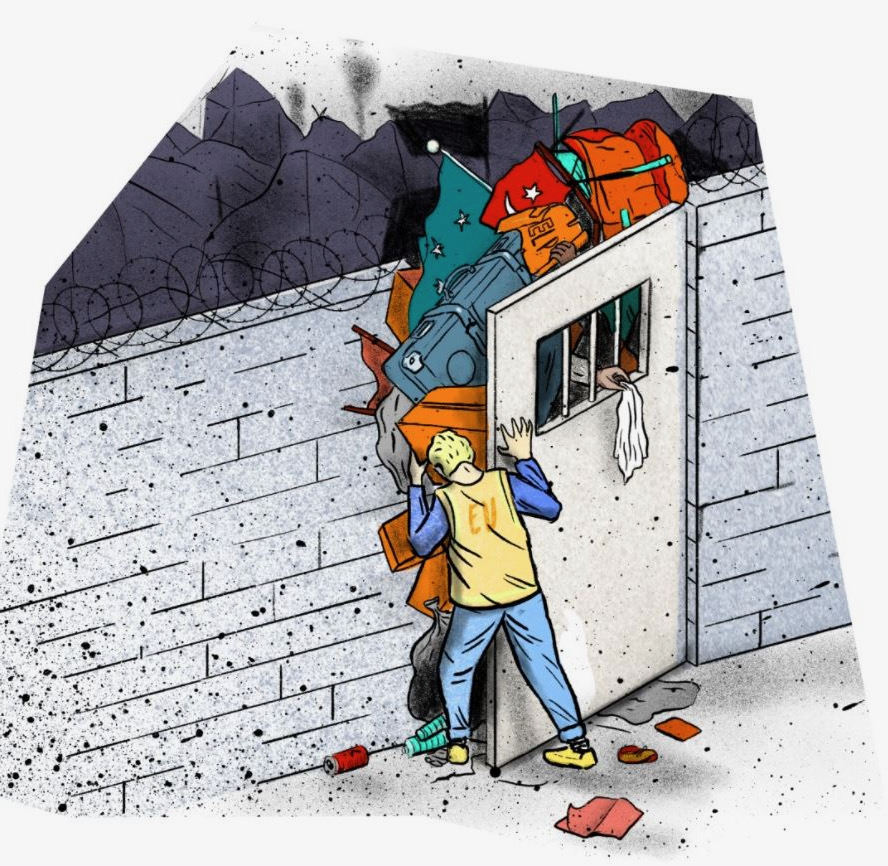 Frontex, the European Border and Coast Guard  Agency, is being held accountable for illegally pushing back a Syrian family. The  family was illegally deported by Frontex to Turkey in October 2016, shortly after  arriving in Greece. It is the first time that Frontex through an action for damages has  been held responsible before the EU Court of First Instance for illegally deporting  people and violating fundamental rights. Reports of similar pushbacks by Frontex  have been piling up in recent years. The family is being represented by law firm  Prakken D’Oliveira Human Rights Lawyers. Prakken D’Oliveira is being supported by  the Dutch Council for Refugees, BKB, Sea-Watch Legal Aid Fund and Jungle Minds.

The Syrian family, with four young children between the ages of 1 and 7, applied for asylum  in Greece in October 2016. Their request was registered by the authorities. Eleven days  later, the family was nonetheless deported by Frontex and Greek authorities and taken onto a plane to Turkey without having any access to an asylum procedure. Nor was there an  official expulsion order. During the flight arranged by Frontex and with their staff present, the  four young children were separated from their parents. They were also ordered not to speak  to each other. In Turkey, the family was immediately imprisoned. After release, the family  had no access to basic services and they were unable to sustain themselves. They fled  onwards and are now living in northern Iraq.

With the deportation, the family became the victim of a so-called pushback, by which people  are deported to a non-EU country without prior procedure. As a result, the family has been  denied the fundamental right to apply for asylum by Frontex. Frontex has also violated the  principle on non-refoulement, a basic principle of international law that prohibits returning  asylum seekers or refugees to a country in which they fear persecution or risk inhumane  treatment. Both are fundamental rights that apply in the European Union, as also stated in  the EU Charter of Fundamental Rights. By separating children from their parents during the  flight, Frontex also violated the rights of the child because it placed the children in a  traumatic situation.

Undermining the values on which the EU is built

There has been no substantive response from Frontex about its responsibility for the  pushback since the deportation, now five years ago and despite a complaint procedure  about these events. Meanwhile, reports of illegal pushbacks by Frontex are piling up.  Prakken D’Oliveira Human Rights Lawyers now holds, on behalf of the Syrian family,  Frontex responsible for the violations of fundamental rights: “Breach of fundamental rights of  the European Union by an EU agency is seriously undermining the values on which the  Union is founded. We therefore are holding Frontex, and the EU accountable and urging  them to restore the rule of law.” It is the first time that Frontex has been held responsible in  this way before the EU Court of First Instance for illegally deporting people and violating  fundamental rights.

“Every week, men, women and children fleeing war and violence are illegally deported from  Europe’s borders. People have been killed, others were attacked or mistreated. Frontex  plays a major role in this human rights violations. With this law suit and campaign, we as  European citizens hold the EU accountable and demand an immediate end to human rights  violations and oppression at our external borders.”

With the submission of the case, the Dutch Council for Refugees, BKB, Sea-Watch Legal  Aid Fund, Jungle Minds, and Prakken D’Oliveira Human Rights Lawyers are launching the  international campaign #notonourborderwatch. At www.notonourborderwatch.com

concerned citizens are offered the opportunity to send a message to the European  Commission urging European Commissioner Johansson, responsible for migration policy, to  immediately end the violations of fundamental human rights at the EU’s external borders.  The campaign is supported by NGOs across Europe.

More about the illegal pushbacks by Frontex: